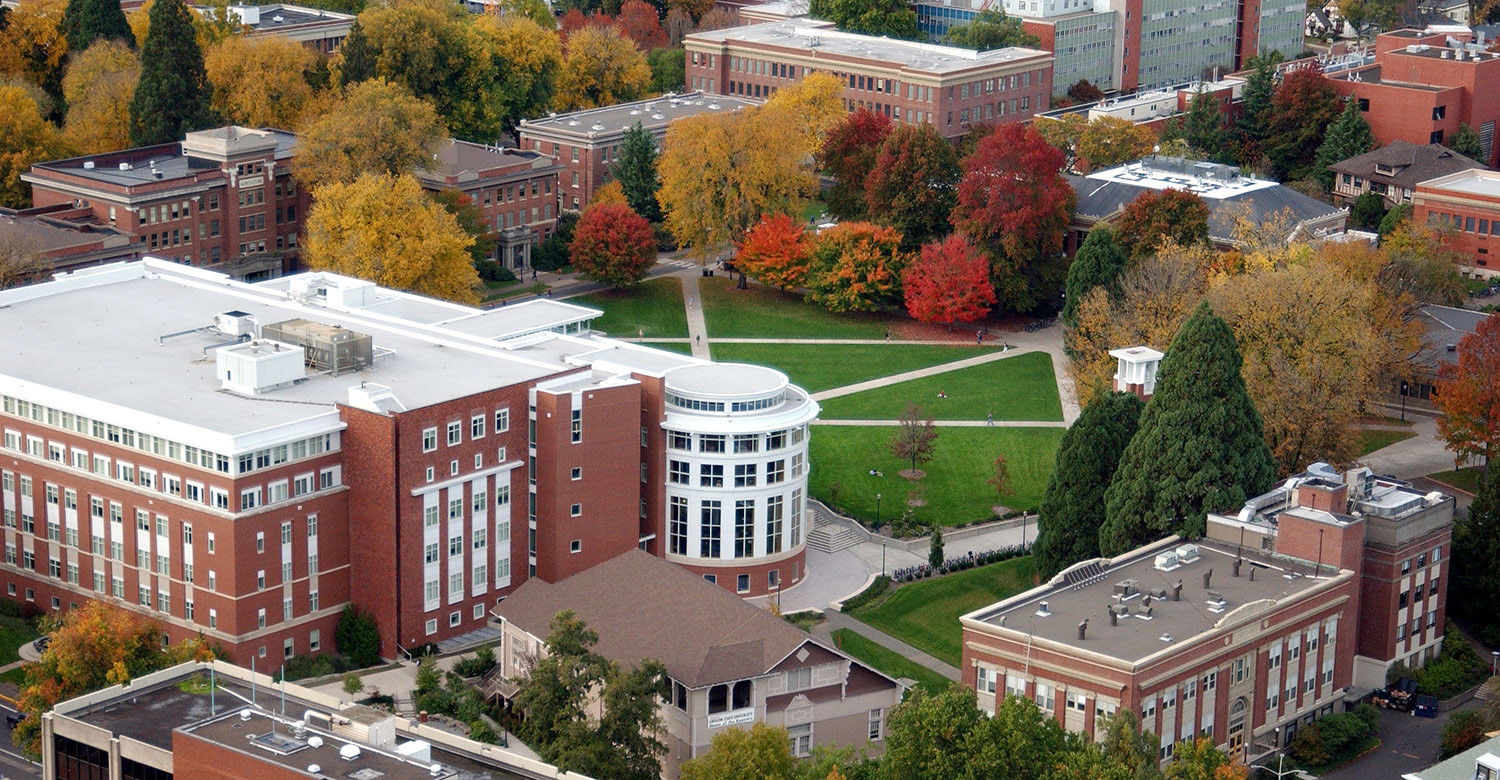 The University of Oregon (UO) is one of just 62 research institutions in the U.S. and Canada that are members in the prestigious Association of American Universities (AAU). As the only AAU institution in the state of Oregon, the UO is home to nearly 90 graduate degree programs, many of which, due to their outstanding faculty and research accomplishments, have received national and international recognition: According to the Graham-Diamond Report, the faculty in the UO?s College of Arts and Sciences ranks 15th in the nation among public research universities.US News and World Report consistently ranks the College of Education graduate program as among the best in the U.S. In the 2009 edition of "America?s Best Graduate Schools," the program ranked fifth in the nation overall and second among public institutions, and the Special Education program was ranked third among all schools and second among public institutions for the 9th consecutive year. In addition, the College of Education was the top school, public or private, in the amount of funded research per faculty member. U.S. News & World Report has rated the graduate programs in the Charles H. Lundquist College of Business among the top 10 of all schools on the west coast and its Oregon M.B.A. Program in the top 6% of all M.B.A. programs nationally.DesignIntelligence, a publication that ranks the top US architecture and design schools, has recognized the UO's School of Architecture and Allied Arts for its commitment to teaching sustainable design. Landscape Architecture ranked first and both the Architecture and Interior design programs placed second. In the area of overall excellence, the three programs also ranked well regionally and nationally. The graduate Interior Design program ranked first in the region and 15th in the nation. Nationally, the Landscape Architecture graduate program ranked 13th. The UO is the only university in the state to offer accredited professional degrees in Architecture, Landscape Architecture and Interior Architecture;The UO School of Journalism and Communication is home to a rare and highly regarded journalism-based master's program in literary nonfiction. Etude, an online journal of literary nonfiction features the work of the program?s graduate students and alumni. The University of Oregon?s School of Music and Dance is the only full-range professional school of music and dance in the Oregon University System. The School of Law ranks among the top 100 schools in the country, with a student-to-faculty ratio of 1:17.6 and a bar passage rate of 85.4% for 2009. The Environmental Law program remains among the top 10 programs in the U.S, and after only three years since its inception, the Conflict Resolution program was ranked as the seventh best Dispute Resolution program in the country. The UO is also home to over 60 research institutes and centers, which bring together an array of fields, from those in the humanities and social sciences to those in the physical sciences and technical fields. Graduate students in these and all disciplines receive many opportunities to engage peers and faculty alike in an environment characterized by mutual respect and professionalism, integrity and support.