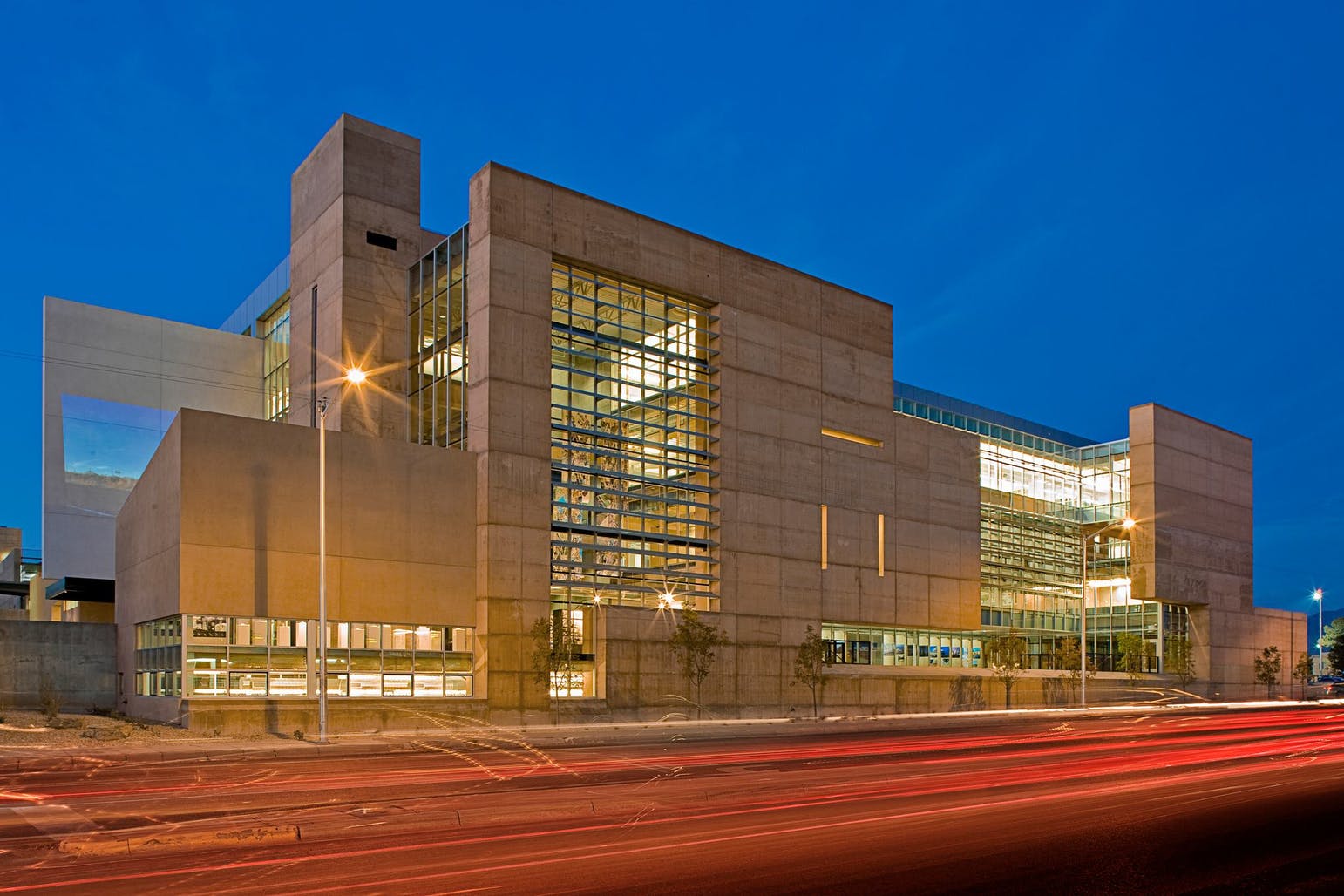 Founded in 1889, the University of New Mexico now occupies 600 acres along old Route 66 in the heart of Albuquerque, a city of more than 500,000 people. From the magnificent mesas to the west, past the banks of the historic Rio Grande to the Sandia Mountains to the east, Albuquerque is a blend of culture and cuisine, styles and stories, people, pursuits and panoramas. UNM offers a unique campus environment with a Pueblo Revival architectural theme that echoes the buildings of the nearby Pueblo Indian villages. The nationally recognized Campus Arboretum offers an outstanding botanical experience in the midst of one of New Mexico's great public open spaces. The PeopleUNM, a Hispanic-Serving Institution, represents a wide cross-section of cultures and backgrounds. In the fall of 2018, 24,393 students attended main campus and another 6,491 attended branch campuses and education centers. The average student at UNM is 27 years old. UNM boasts outstanding faculty members and include a Nobel Laureate, two MacArthur Fellows and several members of the national academies. UNM faculty published in many professional journals including Scientific American, New England Journal of Medicine and Nature. UNM professors have been quoted in Newsweek, Los Angeles Times, Business Week, People Magazine, Parade Magazine, US News and World Report, and the New Yorker, among others. UNM professors have shared their expertise on CNN, Today Show, Good Morning America, Nova and other news shows. UNM employs over 27,000 people statewide, including employees of University Hospital. UNM has more than 114,000 alumni, with Lobos in every state and 89 foreign countries. Nearly half choose to remain in New Mexico. The ProgramsUnder the Carnegie Classification of Institutions of Higher Education, UNM is designated Doctoral/Research Universities-Highest Research Activity. Institutions with this classification typically offer a wide range of baccalaureate programs, are committed to graduate education through the doctorate and awarded 50 or more doctoral degrees per year across at least 15 disciplines.UNM's main and branch campuses offer many programs ranging from undergraduate certificates to doctoral degrees. Additionally, there are three first-professional programs in law, medicine and pharmacy as well as five education specialist certificates. UNM's libraries, museums, galleries and Center for the Arts are a rich cultural resource for the state. UNM's Tamarind Institute is one of the premier printmaking workshops in the world. UNM is home to the Lobos and is part of the Mountain West conference. Lobo athletics draw fans from all-over, and the University Arena or "The Pit" was ranked 13th by Sports Illustrated as one of the top 20 sports venues of the century.